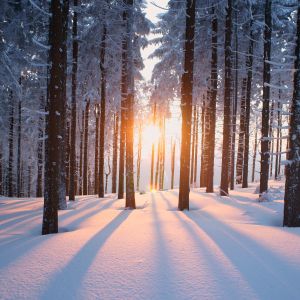 I’m 68 and I live in Leicester.  I’m a widower. I’m a former accountant and like working with numbers, but I also like writing. Working on small home improvement projects is what keeps me busy. Spending time with friends and meeting new people is my daily routine: when you socialise, the chances that loneliness will strike are much lower.

Loneliness is described as “sadness because one has no friends or company.” Synonyms include isolation, friendlessness, lack of companionship, forsakenness and abandonment. As a widower, I’ve used many of these words to describe myself and the current state of mental health.   For myself, this begun around the time my wife passed away. Soon after, my friends and family started to drift, I was retired so could not reply on workplace relations.

And it was in this state of loneliness I found time began to get away from me. My mental and physical health deteriorated quickly and I slipped into depression. The cause was loneliness. A terrible illness of the heart and the mind that affects all other aspects of our health. Humans are communal animals and we are meant to be surrounded by friends and family. Without that, we quickly slip away.

A recent study conducted by Central College Online noted the top 10 Worries of Getting Old. Number one with 19.7% of surveyed saying it was a concern was a loss of Physical Ability and Independence. Second was General Health with 17.7% and third Mental Impact of 9.8%. If you are growing older, no doubt these will reverberate within your thoughts often. What was left out was loneliness and the impact it has on all three areas mentioned above.

I want to talk briefly here about how our behaviour affects depression and what we can do to combat it. It begins a cycle where we lose hope, so we feel depressed. And because we are depressed, it becomes more difficult to regain hope. Such a complicated illness is hard to describe, but you know when you are affected by it. One of the leading causes of depression is, of course, loneliness.

It follows then, that an optimal method of combatting depression is to fight back loneliness. We can achieve this by changing our behaviour. But, how do you cure loneliness? As an elderly man, it was not easy for me. It involved learning new things, trying and changing the way I thought and acted. And, with the passing of my wife, it was entirely on me to make those changes. I was alone.

One of the things that worked for me was making use of Social Media and the computer. Social media is a bit of a buzz word amongst younger people these days, but the logic is sound. Think of your old networks, friends and family, people you went to school with, worked with, were in pubs with.

Think of it like keeping a pen pal, except you speak on Facebook (or by email) and you are on the right track. Elders who use computers or mobile technologies will benefit both mentally and physically.

I decided to create a Facebook profile (the easiest social media, in my opinion) and I started adding people. Anyone I can think of, no matter if I last spoke with them yesterday or decades ago. And out of that came new or rekindled relationships.

Suddenly I was being invited and inviting them for tea or dinner. We met up, we spoke online, we shared photos and stories. It is wonderful!

Allow me to make a request… just try it. I know computers, the internet and social media can be alarming or difficult to learn. If it’s too much, then don’t be afraid to ask for help. But, for the sake of your mental and physical health, if you are suffering from loneliness or depression, please try it.

What do you have to lose?

What are your experiences of combatting loneliness?  Join our forum and let us know.

No need to be at sea with elderly care

More than 400,000 people in the UK are already living in care homes according to research by Laing Buisson, a...

A Day in the Life of an Osteopath

Joanna Figg-Latham is a Dorset based Osteopath who treats all ages but is particularly interested in provi...