Home Age Space in the news

Age Space in the news

Age Space in the news

The launch of Age Space and our research report Keeping Mum, as well as our local hubs in Norfolk, Dorset and Sussex, has attracted lots of attention in the media. Feel free to have a look through our press cuttings.

Age Space Co-Founder Annabel James speaks to Steve Harris on BBC Radio Solent’s Breakfast in Dorset show amid headlines that the number of elderly people requiring 24/7 care is set to double by 2035. Hear the interview from 37 minutes onwards. The episode is available for 30 days (until 30th September).

The Express sought Annabel’s opinion on the findings of the Age Audit, the results of which were published in June 2018. 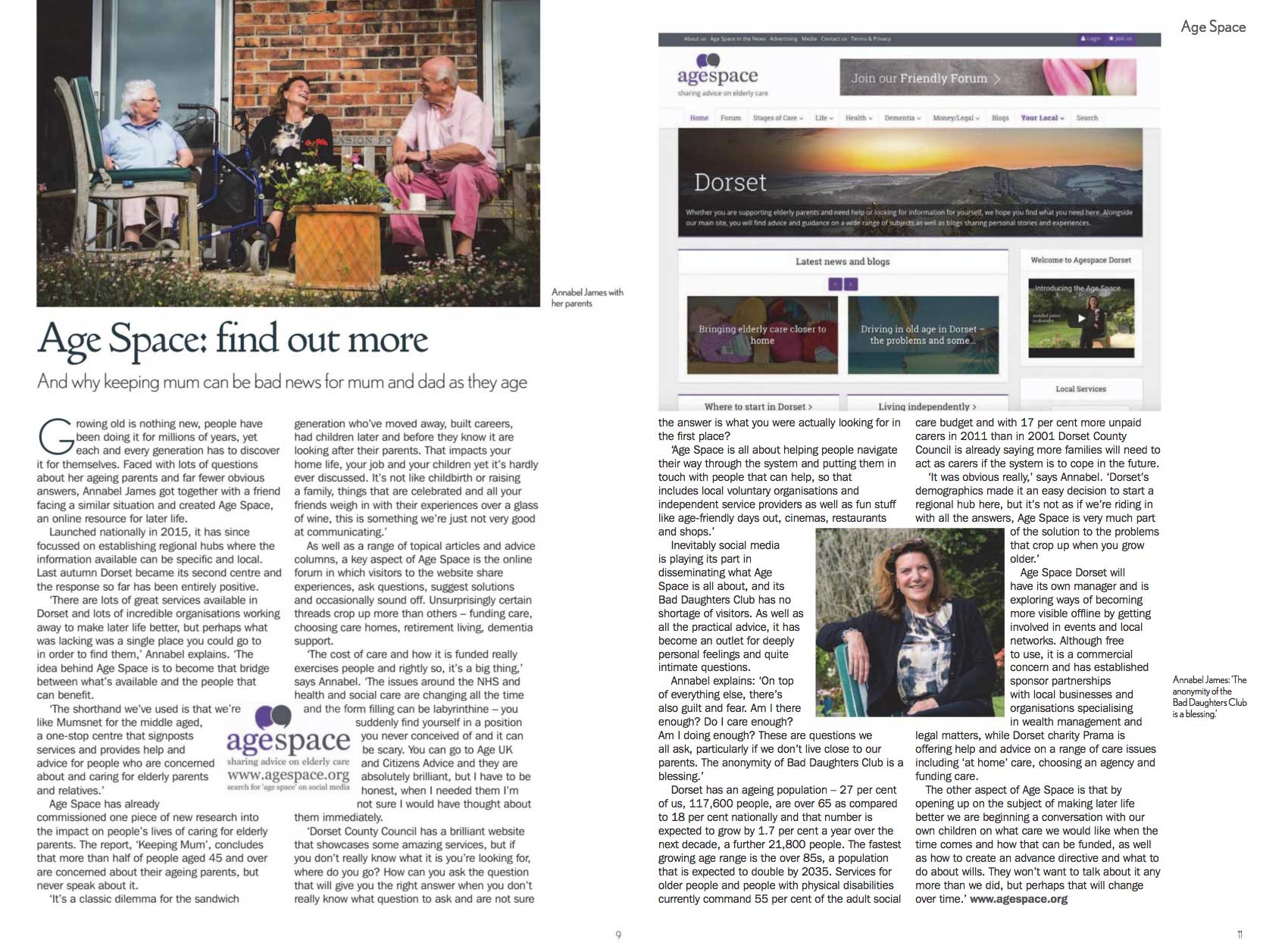 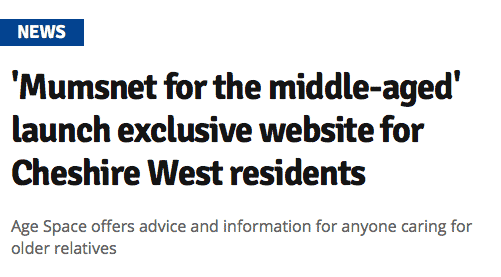 Annabel was interviewed by The Chester Chronicle on 27th February for a feature on Age Space – ‘Mumsnet for the middle-aged’ – launching in Cheshire. “The challenges associated with an ageing population and people living longer – many with complex health problems – in Cheshire West and Chester continues to increase and, as our research shows, that means more and more families are taking on the responsibility of looking after older relatives.” 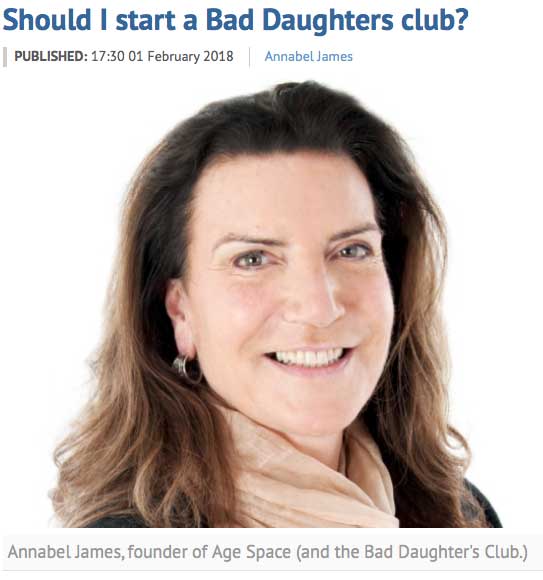 ‘Never mind having it all, women have ended up doing it all’ writes Annabel James, co-founder of Age Space, in the Eastern Daily Press, as she considers starting the Bad Daughters Club to reassure those looking after elderly parents don’t always have to get everything right!

‘The Bad Daughters Club won’t be running courses to improve juggling, or sessions to find your inner superwoman; we will be laughing at the irony of actually having it all; celebrating that while we’re bad daughters, we’re great people who happen to be women; and we’ll be supporting bad daughters everywhere to do what they do best – doing it all.’ 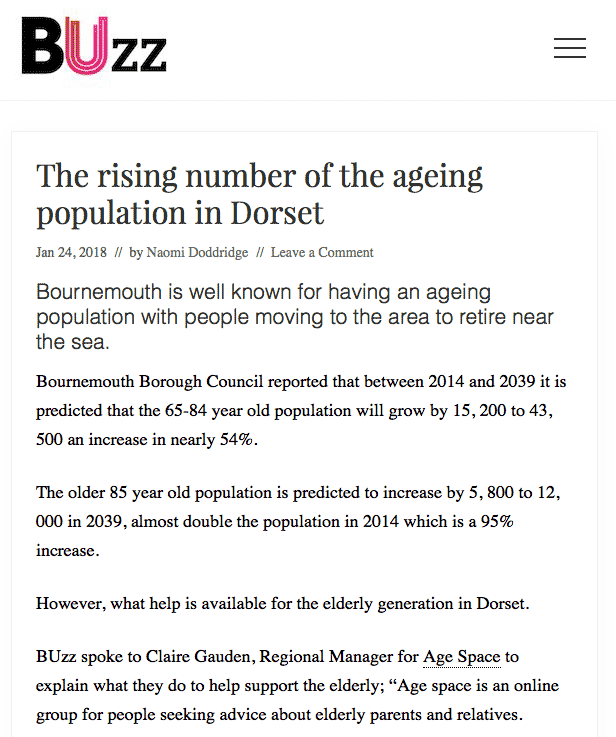 BUzz – Bournemouth University’s online news magazine – spoke to Claire Gauden, Regional Manager for Age Space to explain what they do to help support the elderly. 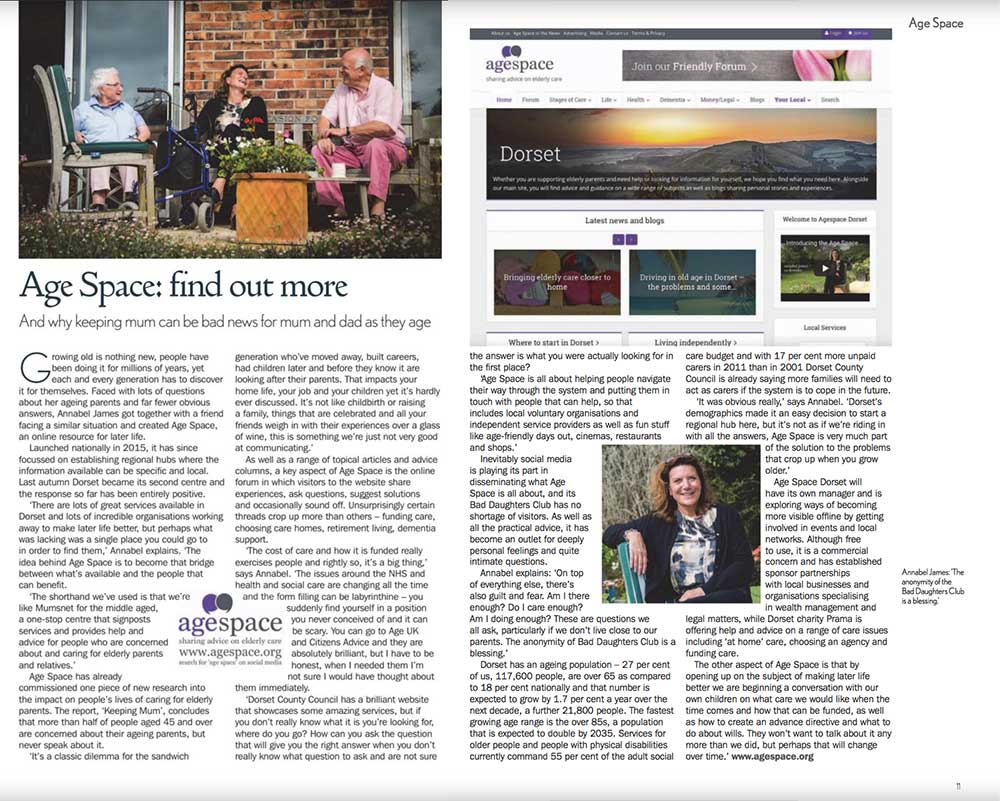 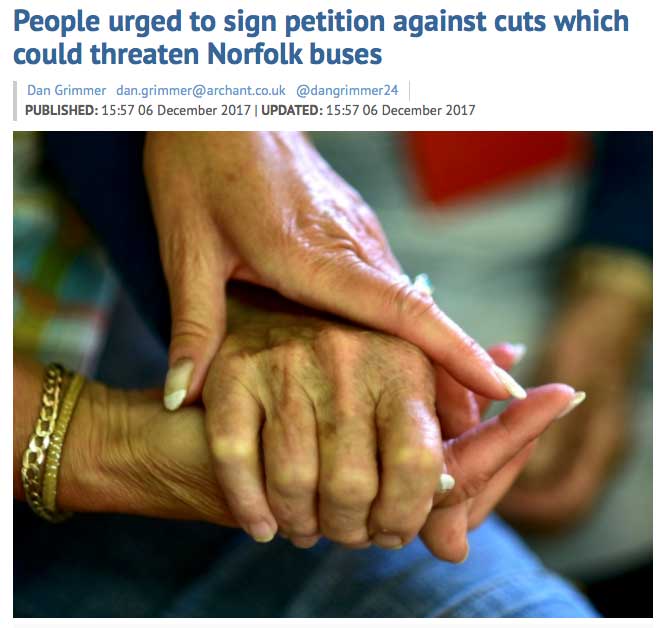 In December 2017, Eastern Daily Press featured our online petition to ask Norfolk County Council not to cut £500,000 of subsidiaries paid to bus companies across the county, citing that the proposed action would have a devastating impact on elderly people living in rural areas. Eastern Daily Press spoke to our Norfolk regional hub manager who stated that “we wanted to start this petition to raise awareness to the huge implications cutting transport links will have on the lives of many older people across Norfolk.”

The petition gathered over 750 signatures and can be viewed on the change.org website here: https://www.change.org/p/norfolk-county-council-keep-our-local-bus-services-running 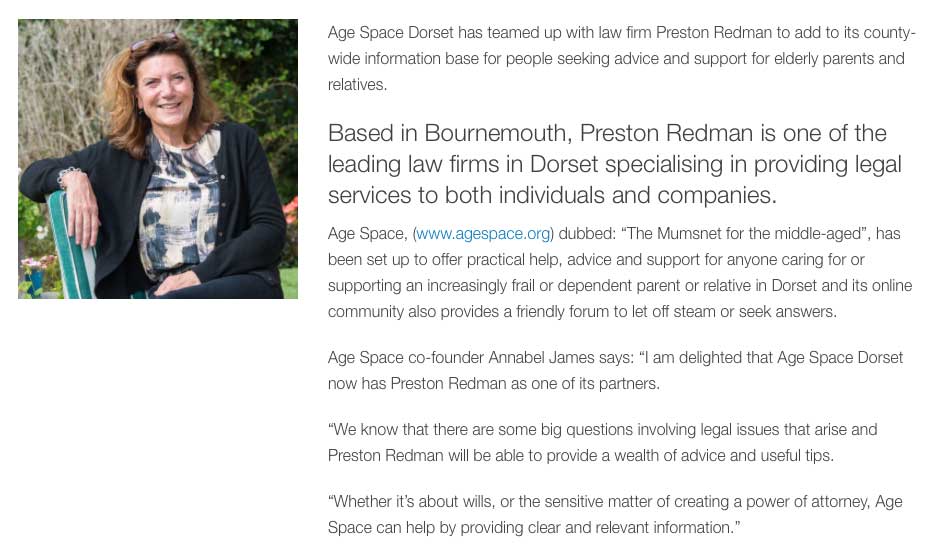 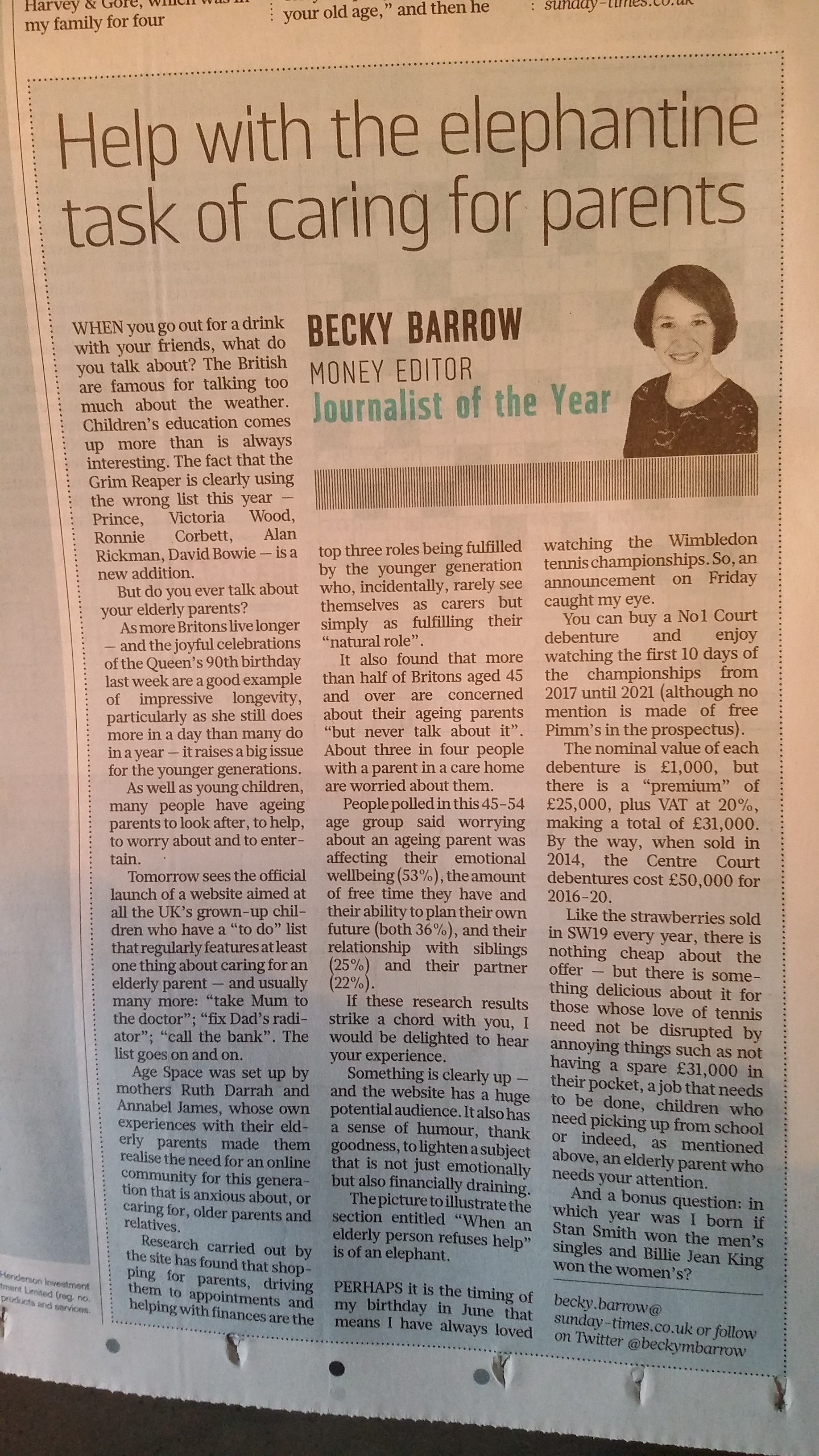 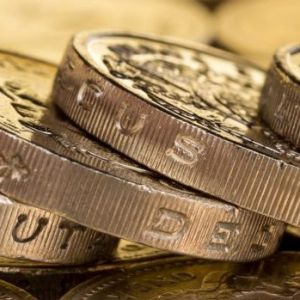 Paying for care: don't rule it out 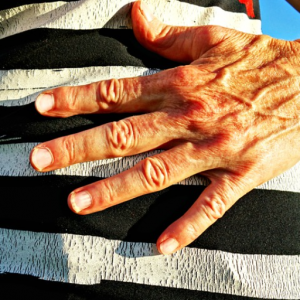 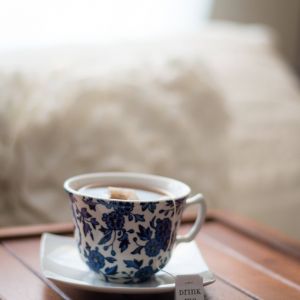 Why Caring For Someone Else Should Begin With Yourself

Mindful Cook and Age Space friend - Josie Buck shares her expert advice on taking time to look after your...

My mum needs care in her home now. I live abroad, what can be don…
By: David Sellers4 months ago
Now…

My 96 year old dad panics when we go on holiday.
By: Marklocke5 months ago
MmM…

Hi i am just looking for support and advice of anyone in same pos…
By: Jazz5 months ago
Jjjaanaacar…

Who do I go to for help in giving medication to elderly parents
By: Suzid7 months ago
Where…

How can we avoid the capital gains tax on selling our mothers hom…
By: Charles19618 months ago
Hera new apartment in a retired living couples, it will make her life …