The NHS A-Team caring for Mother 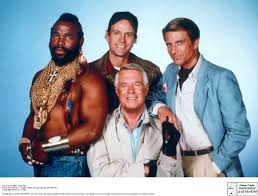 Mother is back home after ten days in the hospital and is the centre of a lot of attention. And not just from us, her family.

She’s on the care list of the NHS integrated community response service team, which includes a nurse, a physiotherapist, an occupational therapist, a social care assistant, a social worker and her GP. Even a handyman. All have been in attendance as the Court Circular might say.

‘I’ve got more flunkies than the Queen,’ Mother says.

Does she have more flunkies than the Queen?

She’s wrong. The Queen has over 1,000 people in the Royal Household. But I see why she thinks that. There is a large number of people going in and out of her room asking her if she needs anything. One thing I am certain of is that not even the Knights and Ladies of the Garter could be more dedicated than Mother’s band of helpers. It’s not just their practical help that’s impressive. It’s the way they speak to her. The tone in their voices sounds almost like love. I wonder if I sound as considerate when I speak to her.

I’ve nicknamed Mother’s helpers the ‘A-Team’. It’s my homage to the soldiers of fortune in the 1980s TV series, who specialised in getting people out of dodgy situations, which the legal authorities couldn’t handle. Which is exactly what this team have done for Mother: got her out of hospital, where she didn’t want to be, and got her back home with us, where she did.

Her carers are like the A-Team without the guns

The only difference between the A-Team and Mother’s team is that the NHS team is armed only with blood pressure monitors, pills and PPE; not tanks, rifles and grenades. That said, if Mother asked them to get her a tank to go shopping, I’m sure they’d sort it out.

‘Our mission is to do anything we can to stop her going back into hospital,’ said the unit’s head honcho, reminding me of the pipe puffing Colonel John ‘Hannibal’ Smith, leader of the fictitious A-Team.

Mother was taken to hospital after a fall. My daughter discovered her at seven in the morning on her back on the sisal carpet outside her bathroom, staring up at the skylight. Distressed and confused, she kept saying she didn’t want to disturb anyone. Could someone help her back to bed? I’ll be alright after a cup of tea, she said.  Of course, she wasn’t.

The ambulance crew put Mother back into bed. Her condition got worse quickly despite a lakeful of sweet tea. She became delusional: she saw a man knitting flowers in the trees outside her window. She thought I was her husband and our house was a hotel. After a few days, the ambulance came again.

In hospital they think she may have dementia

In hospital, they diagnosed an attack of acute delirium. But there were no broken bones. A CTI scan suggested her brain had shrunk, though. They said this wasn’t unusual in someone her age, but to do a proper diagnosis her acute delirium had to be finished. She needed an appointment at the Memory Clinic.

‘Your Mother may have dementia,’ says the consultant. The word exploded shock waves through the family. What does this mean for her? For us?

The day she returned home, she and I sat on the patio next to a wilting tomato plant in a terracotta vase. She talked for over an hour in the sun without pausing. A dam broke inside her and a rag bag of memories, questions and thoughts came flooding out. Is this the dementia? Is this how it’s going to be now, I thought?

A week later, she is weaker but seems to be recovering. It seems that her her old sociable self has returned and when the community team come, she turns on the charm. It’s darling this, darling that. Lazarus walks again. The only strange thing is that she is speaking a weird Franglais to her carer who isn’t French, which is both bizarre and comic.

Why is she talking french to the carer?

The carer smiles, patiently. I hope it doesn’t sound patronising.

‘She thinks the carer’s French and is trying to be friendly by talking to her in her own language,’ says my wife. ‘It’s harmless.’

‘As long as she doesn’t start talking in tongues, we’re fine,’ says my son.

The doorbell goes. The delivery driver hands over a large box of books about dementia. The first one I pick up is called ‘Breakfast with the Centenarians’. Is this book a prophecy? A sign that she will be breakfasting with us in three years? I make a note to call the GP to see if Mother’s appointment at the Memory Clinic has been fixed yet. 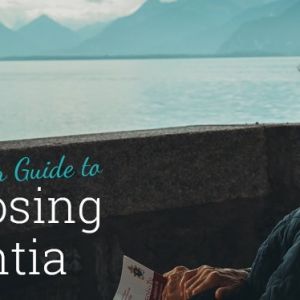 Diagnosing dementia, along with 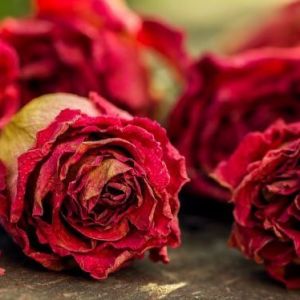 Dementia is the term given to a set of symptoms that occur when cells in the brain stop working normally. Ther... 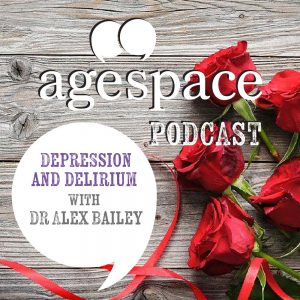