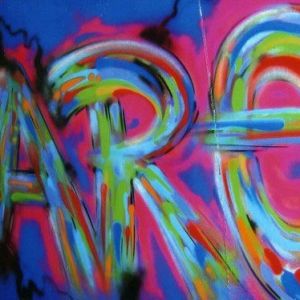 Supporting families living longer is taking centre stage in the race to run local services. Shaun Lowthorpe looks at what the parties are promising if elected to run the county council on May 4.

Theresa May’s decision to call a snap general election on June 8 may have stolen the headlines – but it’s important not to forget that there is another poll taking place, to decide who will run county council services in Norfolk.

Voters will elect 84 county councillors on May 4 – as part of local government elections taking place across the country.  Turnout is historically lower than general election polls – but when you take a closer look, county councils run services which touch everyone’s lives, and not least as we get older.

This year Norfolk County Council set a budget of around £1.4bn to spend on services, including £369m on adult social care.

But politically there have been rows over cuts in services amid plans to reduce spending by £167m over the next three years – though in February the ruling Conservative group did announce an extra £25m for adult social care services as part of a 4.8% hike in council tax.

So, despite the lack of headlines, the authority is responsible for a significant amount of public money and its decisions affect us all.

So as far as supporting families as we live longer, what are the main political parties’ plans for running Norfolk should they win control of the council?  We took a look at the manifestos.

The Tories, who are the largest single party at County Hall, are seeking to run the authority with an outright majority after the vote on May 4.

Pledges include a promise to “build more care villages, and new housing with care schemes” and to work with the Care Quality Commission to get the “best standards for our public and private care homes”.

The Tories are also proposing to provide additional support for people over 80 by reviving the ‘Strong and Well Programme’ and are pledging to help “people from becoming isolated and lonely”.

The party is also signalling its support to the Dementia Pledge with a commitment to “ensuring that a Conservative-run county council is dementia-friendly”.

Labour’s flagship pledge should they win the county council election is the creation of a ‘Carer Friendly Norfolk’. The party notes that the total number of unpaid carers in Norfolk would ﬁll Norwich City’s Carrow Road football ground four times over, and says the care they provide would be worth £500m a year if they were paid for it.

The party, which has produced a series of videos explaining its plans on its Labour Group at Norfolk County Council Facebook page, also wants employers to develop a Carers Charter for workers who have caring responsibilities, letting them take time off in emergencies, and juggling workloads where needed.

It also wants to work with businesses to create a discount card scheme for carers.  And it is keen to encourage schools and colleges to support younger carers.

Read more at norfolklabour.co.uk (the link takes you to North Norfolk Labour Party but you can scroll down to see the manifesto).

The Lib Dems want to increase funding for social care by £60m over four years to ‘make sure vulnerable and elderly are cared for with ‘dignity and decency’.The party also wants to integrate health and social care services in Norfolk into a single service with a combined budget. The proposal, it believes, would help tackle bed-blocking and favours the shift towards community-based care and an expansion of reablement services to help people get back on their feet at home after being discharged from hospital.

The party also wants to tackle the loneliness many people face as they get older and support ‘services that help people keep in touch with their families, friends and the rest of the world’.

And it is keen to work with partners to ‘reduce the proportion of adults under 65 in residential placements by increasing the opportunities for this age group to receive care in other settings’. It also wants fairer pay for care workers – including travel time, and will sign Norfolk up to Unison’s Ethical Care Charter for better employment standards.

Under a pledge to ‘build strong communities’ the Green Party wants to ‘pool resources with partners to improve mental health support for children and young people.

It also wants to pool resources with care and health partners and pilot innovative ways of keeping people out of hospital and well supported at home.  And it says it will continue to argue for a well-resourced NHS and oppose cuts to hospital beds.

The UK Independence Party, was part of a ruling ‘rainbow alliance’ of Labour, Lib Dems, with the support of the Greens which ran the authority for three years until May 2016.  In its national manifesto for the local government elections, the party says it will ‘oppose health tourism and cuts to front line doctors, support better funding of services to most vulnerable in our community, <and> end hospital parking charges’.

Age Space teams up with Friends against Scams

It's a horrifying fact that UK citizens are twice as likely to fall victim to fraud than any other crime type ...

Made in Chelsea - The Man in the Middle