Guide to the best mobile phones for elderly people 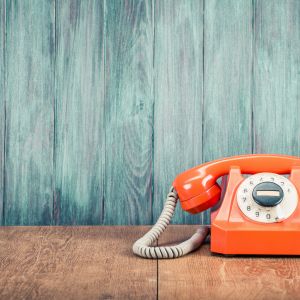 The stereotype of elderly people being unable to adjust to modern technologies is entirely unfair. A recent study by Ofcom found that 39% of over-65s are currently using smartphones, which is an 11% increase from 2016. In reality, though, although more older people are using smartphones, over 65s are still the least likely age group to own one.

Providers are catching up and there are more mobile phones that are made entirely with older people in mind.  This is our guide to the latest and best mobile phones currently on the market.

Older generations are at a bit of a disadvantage to start learning new technologies, having not grown up with them from a young age. Similarly, age-related health conditions like arthritis, memory loss and poor eyesight can make it that much trickier to navigate a smartphone. Whatever the reason may be for many older people, there is clearly some uncertainty when it comes to owning a smartphone.

But mobile technology is filled with benefits that many older people are beginning to embrace.  There are 3.6 million older people in the UK living alone, and access to a mobile phone could make it easier for these people to live independently and avoid feeling lonely or isolated. 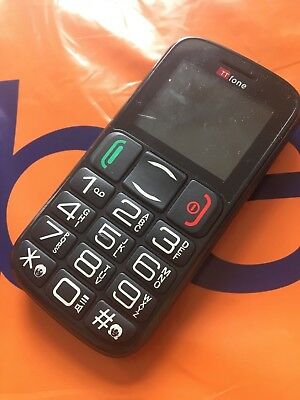 Whether it be extra confidence to go out alone, safe in the knowledge that a loved one is just a phone call away, or the ability to connect to distant family by sharing photos and messages, there are many opportunities smartphone ownership opens up to improve the well-being of older people.

If you’re considering investing in your first smartphone, or are helping an elderly relative/friend to choose one, there is lots to consider to ensure the one you get is convenient and simple to use. Here are a few recommendations to help find appropriate mobile phones for the elderly:

Not many phones come with buttons these days, but many older people find a button-based system to be more familiar than touchscreens. That said, phones covered in small buttons can be a little tricky to manage, and some older people feel most comfortable with smartphones that feature large buttons on a touchscreen once they get the hang of them. One great option is the Doro 6520.

This phone is designed with the elderly in mind, which makes it rich in features for the older user. It’s a clamshell phone that features physical buttons, meaning users aren’t forced to wrestle with a touchscreen. The keys are spaced out well enough to ensure it’s easy to hit the right buttons even with limited dexterity.

The Doro 6520 even features talking keys for users with poor eyesight, so it tells you what you’ve pressed if you can’t see it clearly. Got hearing issues? The phone is designed to be compatible with hearing aids, and can be set for extra loud and clear sound.

There is also a special assistance button that enables the user to automatically call one specified number, and send a text message to up to 3 pre-set numbers when pressed – a potential lifesaver in an emergency.

The handset is also quite robust, and the screen is protected when it’s closed. It’s very affordable, and although the spec is fairly basic it is packed with features to benefit most elderly users. 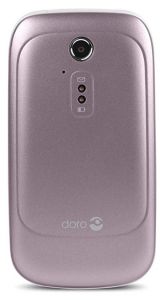 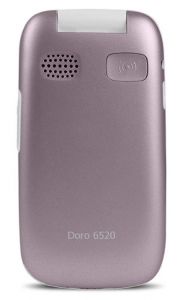 Other good phones for big button keys are the TTfone Mercury 2, TT200 and the BlackBerry KEYone

If you go for a phone that features buttons, be aware you will probably get a smaller screen size. Small screens can be problematic for unfamiliar users, particularly if the user has poor eyesight, so you might want to opt for a larger screen. Flip phones can offer the best of both worlds.

The Meteor TT500 is a simple, user-friendly mobile phone that boasts great features like large buttons, and a good-sized colour screen, vibrating alerts and an SOS button.

Its clamshell flip design is ideal for durability and ease of use, and the spaced-out, large sized buttons make it easy to type without having to keep putting reading glasses on. The colour display features large, bold characters with a bright, backlit contrast to make it easy to see, even at night.

The handset is very affordable and has all the features to make it one of the best mobile phones for the elderly.

Other phones with large screens:  Doro 2404  and the Huawei Mate 9

If an elderly person isn’t experienced with carrying a phone, they might struggle with anything too bulky or heavy. Modern phones are much lighter than they were two decades ago, so finding a lightweight phone shouldn’t be too hard. However, you should keep in mind that features like bigger screens and buttons could cause a phone to be heavy or bulky.

The Alcatel U5 is a good fit for the elderly, even though it isn’t specifically designed for them. It features a ‘Simple Mode’, which makes the interface simpler for anyone not familiar with smartphone use. It also makes icons larger, so they’re easy to see and select.

The Alcatel U5 is very affordable and has lots of smart features despite its ethos of being accessible. It runs Android and covers all the essentials with great features for older users.

Easy to use mobile phones

Most mobile phones tend to be made with similar designs to help people adapt easily without having to keep consulting an instruction manual. But anyone unfamiliar with smartphones might struggle to get used to them. An inexperienced user, particularly one with poor memory, may benefit from a phone with a simple interface.

Nokia is one of the most experienced mobile phone companies out there, and the Nokia 105 is a great recent example of their work. Though not specifically designed for elderly users, its simple and intuitive interface has been polished over the years.

Throw in physical buttons and a robust design and it makes an excellent choice. What’s more, the Nokia 105 keeps going for a long time, which is helpful for owners who may forget to charge their phone regularly.

Some other great easy-to-use mobile phones for the elderly:

An older person who only uses their phone occasionally will not need to splash out on a richly-featured £30/month contract. Something that would be a good deal for a heavy phone user might be an unwanted expense for a more casual phone user.

With this in mind, it’s important to pinpoint the features that will be needed most and make compromises on features that really aren’t necessary.

For example, if a phone is only needed as a way of contacting or being contacted while you’re out, you may be best served having a pay-as-you-go phone with some credit rather than signing up to a contract. However, if you want to get the full benefits of messaging friends and family all day, a low-price contract with a good number of free texts could help avoid running out of credit.

The most important thing is that the bill payer feels comfortable with the costs and understands fully what they can do.

There is no ‘one size fits all’ solution to meet the mobile phone needs of every elderly person. This makes it impossible to recommend one particular phone above all others, but the considerations and the handsets listed in this article should cover the majority of needs an older person might have.

If your priority is basic and simple use, the Nokia 105 is one of the best options available to you. If you’re after something closer to a smartphone that is still very accessible to novice users, the Alcatel U5 is a fantastic choice. The Doro 6520 is a great option if you’re looking for something that falls somewhere between the two; it’s a feature phone that covers all the basics but includes some extra capabilities beyond the fundamentals.

Mobile phone ownership and usage doesn’t have to be a frightening prospect for the elderly, and can actually bring lots of great benefits to their lives. For any elderly person who has very little experience with smartphones, or who has age-related issues that might pose a challenge for using a mobile phone, there are options out there with you in mind.

Think about what your priorities are, and what things you believe will be the biggest obstacles to you owning and using one of these mobile phones for the elderly – we bet there is a phone out there with all the design features to meet your needs effectively! 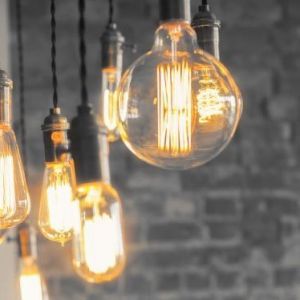 Telecare: a lifesaver or an intrusion?

What is Telecare? The aim of telecare is to enable people to stay independent in their own home for a... 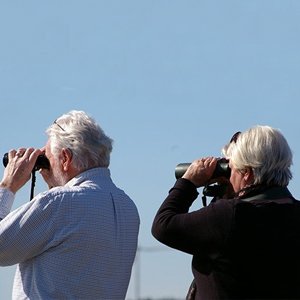 6 Best Personal Alarms for the Elderly

Personal Alarms for the Elderly Personal alarms are small wearable pendants or watches that an... 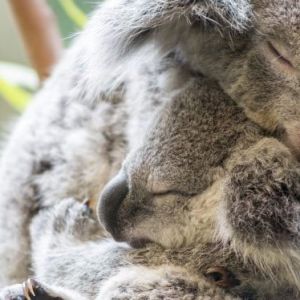 Something to watch over them

Having wondered how those pendant alarms advertised in the back of the weekend papers actually work, I now kno...