Keeping Mum#12 – Necessity was the mother of invention

Recently I wrote about treating Covid at home. This was after spending 2 weeks in quarantine with my dear Dad who contracted the virus in hospital for something else.  Don’t get me started on the “protecting our most vulnerable elderly” rant – that is for another day – the NHS was totally overwhelmed and they did the best they could. Although, the alarm bells started to properly jangle when the ward sister called with an update and went through someone else’s notes…

Whilst Dad survived his brush with Covid, it almost certainly contributed to his death just over a month ago.  It isn’t on his death certificate, so he wasn’t a tiny little line on a graph at the daily Downing St briefing – his epitaph won’t be ‘next slide please’ – maybe something of a moot point.

This is not a morbid piece, but a tribute to how he, and millions like him, coped in the last year, and what he would have taken from his experience for the future.  It coincides with a year since lockdown, and a BBC survey this week about new habits ‘thanks’ to the virus.

Pre-lockdown Dad loved nothing more than to totter down his local high street to run his errands.  This involved a lot of chatting; on the street, in the post office, in the butchers.  A favoured outing that disappeared overnight, but quite quickly, as across the country, his high street came to him; a facebook group providing all sorts of news and information, from daily updates on the whereabouts of a stray duck, to medication delivery services, it became a great source of connection.

The surge in local grocery and other deliveries was very exciting as much loved shops and suppliers emerged, albeit in a slightly different form, and, importantly could continue to be supported; what may have started out as a cobbled together order/phone message/paper process refined over the year into a well-oiled delivery machine to rival any Ocado slot.

His own street had always been friendly and concerned about eachother.  Whether the curtain twitching approach to neighbourly interest or the looking out for everyone side of the party wall, this morphed into a lifeline.  Regular phone calls, waves and distance chats every Thursday night for clapping, deliveries of veg or flowers throughout the summer; when the rules changed back, to six together outside, an outdoor cinema club emerged; riffling through DVD collections, the six would gather in one garden to watch a large tv located indoors –  at full volume (just like normal!).  Necessity was the mother of invention – but it made everyone laugh and feel connected.

A word from God

The church also got inventive with zoom services, or by the old fashioned telephone, which became Dad’s preferred method of worship.  I’m not sure it was a great success with him feeling that God was struggling to be heard in amongst the “you’re on mute”, “is everyone here” approach, but again it was a sense of community, and a source of rye amusement.

Dad loved a family get together preferably over a good lunch.  Zoom calls became a solution of sorts.  In his case, mostly his shiny head or left ear were all that was visible and there was always a sense of enough already with him ready to wrap up the calls after about 11 minutes.  It didn’t replicate the good lunch, or the closeness of family, but it was good enough at a difficult time.

Having never been particularly interested in the garden he finally at 85 discovered green fingers and the veg patch.  What started out with an old bag of potatoes going to seed which he planted just to see if they sprouted (they did) throughout last year appearing in serried ranks were lovingly tended lettuces, parsnips, leeks; red and green tomatoes; and fruit, raspberries, rhubarb, blackcurrants.  Alongside this also was a very peaceful engagement with nature; as the weather was mostly amazing, just sitting in the garden listening to the birds and soaking up vitamin D was a great source of pleasure.

Like many, the prospect of a haircut became increasingly urgent over the months.  But, an Amazon delivery and visit by my brother (legally) wielding clippers and a youtube video, and Dad was sporting a smart barnet once again.  This made him feel so good – even in isolation –  as important to him as to so many of us. It put a spring in his step, and a reason to alter his zoom camera angle just a little!

And this is the point: he and millions like him adapted and survived, even occasionally thrived during the last year.  It wasn’t all good, by any stretch, much of it was absolutely grim, particularly lockdown in winter.  But, he felt he was lucky and he certainly made the best of it.  Necessity was the mother of invention.  Not an epitaph either, but a pretty good upsum of Dad’s last year, the year of Covid.

Annabel James is the founder of AgeSpace.org. Her views are her own. (For the sake of transparency regarding this blog I should say that I spent lockdown#1 with Dad. I headed off to stay with him the day before BoJo made the Stay at Home announcement thinking I’d be there for a couple of weeks.10 weeks, a sun tan and half a head of grey hair later I returned to my own home). 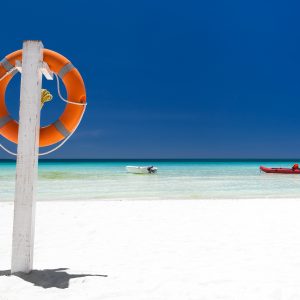 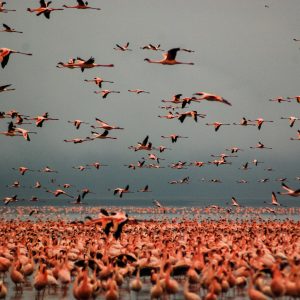