Recognising the Signs of Dementia 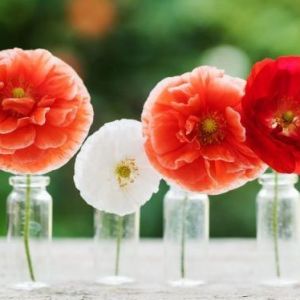 I remember the first time I realised that my grandmother was not as she always had been.  She was a bit distant during some of our conversations.   Although we were not sure what it was at the time, Mum and I recognised that she was not functioning at home as she had done before.   She had forgotten to do the washing up, something she always did immediately and it was a bit untidy, again unusual.

The first signs of dementia had started to appear.

My grandmother with dementia?

My grandmother had always been very independent with a very matter of fact attitude to life.   She was very influential to me as a strong and proud business woman, mother of four, grandmother and great grandmother.  She did not suffer fools gladly.   However, I now sat opposite her and as we spoke she couldn’t remember that I was studying in York.  She kept calling me by my Mum’s name.  But half an hour later something in her brain kicked in and once again she was as bright as a button.   It was confusing for all of us but it was no longer just a “senior moment”.  It was happening on a regular basis as we were to find out.

Having the difficult conversation

As we drove home I can remember discussing it with Mum, who realised that she was going to have a difficult conversation with her mother to broach the topic on her next weekly visit.    Having spoken to the family we realised that she was becoming very forgetful and as someone with diabetes it was essential to put a proper plan in place.   All this was pre-internet, so the only way to find out more about her condition was to call the GP surgery and Age Concern (as it was then) and discuss the situation.  Both were really helpful and suggested that she visit her GP to examine her and make an appropriate diagnosis as to what was causing her loss of memory.

Mum took my grandmother to the Doctor who asked a series questions to determine whether she was having difficulty remembering appointments, doing tasks around the house and looking after herself.   The answer, unfortunately, was yes to everything, but on an intermittent basis.  Sometimes yes and sometimes no.   Having examined her, he sent her to the memory clinic to see a specialist.   It was clear that she did have the beginnings of dementia – and the specialist also confirmed that her memory could only get worse.  What could we do next?  What is dementia? How would she cope?  How do you care for an elderly person with dementia?  Just some of the questions which went through our heads.

My grandmother was a very proud lady and very capable at this point in time of remaining at home with a bit of help to check she was ok and most importantly taking her insulin. The family arranged for her to have a carer come around each morning and evening – just to “say hello” and ensure she took her medication.  The carers reported back if any further care was needed.   My grandmother also had a panic button in case she was worried about anything and was unable reach the phone.

As her condition deteriorated over the next five years more care was organised – both formal and informal.  The family visited throughout the week to chat and tend to her needs alongside professional carers.   She remained at home until the last few months of her life when the complications of 20 years of diabetes finally took hold and she needed 24-hour nursing care.

Understanding about the disease was key to asking the right questions of the professionals to ensure that as a family we provided the best care possible.  It was essential to be able to recognise its progression and think about the most appropriate help my grandmother might need.  It also provided the family with peace of mind.

I know from experience that dementia is a very scary word and all of us have an image of what it is like.  Often we only can only relate to the media portrayal.  It manifests itself uniquely and progresses at different rates in every patient.   If you want to read more – the Alzheimer’s Society provides excellent specialist information on the topic which can help understand the condition and where to find help and support.

Are you coping with Dementia in your family?  How do you manage?  Join our forum today and share your experience.   You might also be interested in other articles here on Dementia.

Nachos: a sort of cheese and biscuits - The Man in the Middle

The Older Generation should be recognised as City Ambassadors!

I was thinking about how tangled up things seem to be, these days. And how all the problems seem connected. ...