A family (food) psychodrama for The Man in the Middle 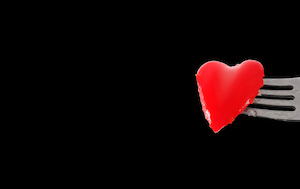 It’s dawning on me that Mother and I are trapped in a psychodrama neither of us remembers auditioning for. Day by day, our roles as parent and child are reversing.

But we’re not sure of our new lines yet and are like uncertain actors in the hands of a director who isn’t sure if they are directing a tragedy or a farce.

“Like the ‘Play that Went Wrong’?” asks my Son.

“Or ‘One flew Over the Cuckoo’s Nest’?” says my Wife.  Whoever coined the phrase ‘a problem shared is a problem halved’ couldn’t do basic maths.

Once, I was the fussy eater

Our psychodrama plays out in many ways. Food, for example. Once, I was the fussy eater, now she is.

Once, she complained I must eat greens, now I find myself lecturing her about her diet.

Am I wrong to be frustrated by her refusal to acknowledge that a daily packet of Bahlsen Choco Leibniz Biscuits and twelve cups of heavily sugared tea isn’t a balanced diet? Surely, a hot cross bun doesn’t qualify as ‘lunch’ unless we re-write the English dictionary?

I wonder if Gwyneth Paltrow’s ‘modern lifestyle brand’ Goop has a solution to Mother’s dietary problem?

I plug in the phrase ’diets for seniors’ into the site’s search bar but it returns nothing.

Clearly, Goop has no answers

Clearly, Goop isn’t geared to resolve the dietary challenges of the older generations, but I bookmark an article on the site about someone called Wim Hoff, who is a specialist in Breathwork, a new way of relaxing from the daily grind, in the belief that at my age I need to investigate anything which may help me battle my anxieties with life.

Although her weight is stable, it is a constant worry that Mother doesn’t eat more.  I’ve looked at the NHS guidance and wonder if I can persuade her to eat more of the foodstuffs they recommend

“I just want you to stay healthy,” I despair.

“I just want you to mind your own business.”

A recent study has shown that those who eat at least half of their daily calories in the morning are healthier. I suggest we agree a new breakfast regime for a week and in return I’ll stop my nagging.

“A regime is something you find at Butlin’s or a concentration camp. I’m not keen on either,” she says. “However, how about sausages? We haven’t had them in a while?”

Sausages are a banned substance

The reason she hasn’t had a sausage for a while is because they became a banned substance in our house under the new Heathy Foods Regulations written by my Wife and passed with the support of my children at the start of the year by a clear majority of three to one.

Not only are sausages a processed meat, they have nitrates, sodium and fat in them, which I am told are bad for you. I eat them whenever I can, especially in a sandwich, but only when alone and at cafes more than two tube stops from home in case anyone sees me. Asking me to bring home and cook sausages is no different to her asking me to smuggle in an illegal substance.

Nevertheless, a few days later, I am grilling sausages for lunch. I have interrogated the butcher about additives and the meat’s provenance, and I am convinced these sausages are about as healthy and ethical as a sausage can be.

“Do you remember your godfather John?” asks my Mother from the dining table, shaking tomato sauce onto two slices of bread and casting aside the real tomatoes and lettuce which I had draped over the bread.

Divorce left my godfather bereft of the love of his life and any culinary interests apart from bangers, as he called sausages. I remember he was found dead of a heart attack outside the door of his flat gripping a shopping bag with three packets of them in it.

“Wouldn’t have approved of grilling them, though. Always fried them.”

Mother has no sense of the risks I have taken bringing sausages into the house. But rather than take umbrage, I take a big Wim Hoff style ‘Breathwork’ and console myself that by criticising my cooking she’s returning to one of her traditional Motherly roles in the family psychodrama – the Critical Cook. And that is good enough and, somehow, reassuring.

For more information on nutrition for the elderly, read Burwood care’s guide.

Staying independent in old age is incredibly important to your health and well being. Call me pe...

For whom the bell tolls... The Man in the Middle