Is elderly care a game of two halves? 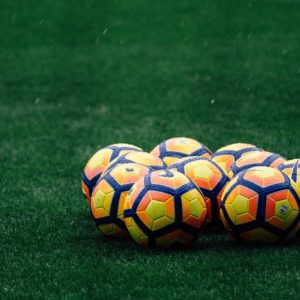 “Look away now” as they say on the news when they’re about to give the football scores if you’re expecting a cheery blog about a new service or product to help care for your elderly parents.  This week I’m totally mystified by the row over the new football Super League; and why it all matters.  Don’t worry, neither is this about transfer windows or goal less draws. Perhaps we need a Super League for elderly care.

What is it about the beautiful game?

I’m mystified not just because I’ve no idea what the offside rule is, but how 6 English Football clubs threatening to set up a separate league has achieved wall to wall media coverage, the intervention of the Prime Minister, and widespread handwringing about the beautiful game and its community up and down the country.  The source of my angst is a slightly bigger context about what infact are the magic ingredients for people (like the PM) to sit up and take notice of something and then for things to change, and fast.

We’ve got form for this in the last year of course: national lockdown not once but three times; we’ve disrupted a whole supply chain to deliver billions upon billions of masks and gloves (eventually) to where they’re needed;  we built brand new Nightingale hospitals in extraordinary speed.  Tens of millions of people have been vaccinated against Covid, and we’ve let our city centres stand pretty much empty for the duration.   Much, much to be applauded in terms of huge fast decisions made with enormous ramifications for all of us.

A game of two halves?

And yet.  Care home residents for the most part are still not allowed to leave their home for a walk or a sit on a bench despite the easing of lockdown rules, and the vaccination numbers.  John’s Campaign continues to lobby for the rights of care home residents as they have done since the start.  Largely falling on deaf ears in Whitehall.  So strange, particularly given the mantra from the start about protecting our most vulnerable elderly people, those most at risk of the virus.  Bigger and harder decisions in the name of covid have been made.  Just not this one.

And this takes me on to elderly care more generally.  Teresa May’s election downfall, her much publicized “Dementia Tax” election pledge capping private spend on care was the most recent effort by any Government, to try and tackle the issue of provision and funding of elderly care and later life in the UK.  There have been promises for decades before this, and subsequently, that health and adult social care must be reinvented in order to cope.  With an ageing population, with demographics for the next half century that we know will ensure there are millions more people ageing, and not everyone ageing well.

Matt Hancock continues to promise that there will be a plan, with hints that a Green Paper outlining proposals will appear later this year.  Maybe it will.  But the harsh reality is that there are no massive TV rights to be won, global audiences to be tapped, or transfer windows to be maximized.  Its not a vote winner because someone somewhere is going to have to pay for it.  Most likely you and me.

How we care for our elderly parents and relatives is complicated, among families, communities and society more generally.  There was some research by the ONS that concluded 65% of older people will have to pay at least £20k in care costs, with 10% having to foot bills over £100k.  Whether you can afford it or not, the point is the uncertainty of the costs, alongside the consistency of the care available.  All we do know right now is that with assets over £23,500 in England, you’re most likely going to pay for some if not all your own care – whatever that is and however long it lasts.  And if you can’t afford it, then you’re at the mercy of increasingly finance strapped local authorities.

So. The row about Super League football and why it matters in relation to elderly care. It makes me want to chant.  WHY IS NO-ONE LISTENING?  Not even the pandemic has really made a difference. What Super League equivalent do we need for people to really take notice.  For the Prime Minister to step in and put a stop to the total inability to grasp this problem and solve it.

Ultimately I think it is a team game, with us the supporters, along with the care sector, and Government, to figure this all out once and for all.  At the very least, we need a better manager.

Annabel James is the founder of Age Space. Her views, particularly on football, are her own.

Keeping Mum#1 - We need to talk about care homes

In our new blog series, Keeping Mum, we'll be reflecting on a whole range... 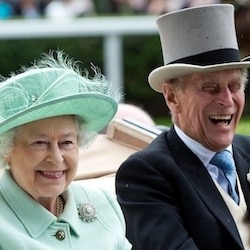 Good Grief - 8 things you should know

Grief is the price we pay for love. Sadly, extremely appropriate words from HM the Q...