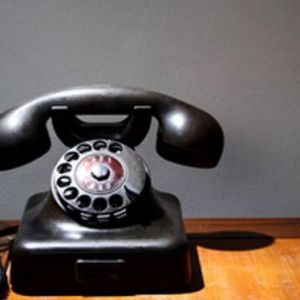 This time the phone call came while I was doing 70mph on the M25, heading for Gatwick airport.

But over the last six years I’ve also had calls while navigating Newcastle city centre; on top of a rain-swept fell in the Lake District; and in the middle of running a workshop for scientists in Cambridge.

Like anyone supporting a frail relative I suspect, my relationship with the phone see-saws between love and hate. It’s a lifesaver – but equally a lifechanger, and I’m afraid I don’t mean that in a positive sense.

From the very first occasion when mum ‘sounded funny’ on the phone, complaining bitterly that the mug of tea she was carrying had simply dropped out of her hand – alerting us to the fact that she’d had a stroke – I don’t think I’ve ever lost that slightly sick feeling at any and every unexpected phone call. I’ve joined the ranks of midlifers for whom silence truly is golden.

Usually, the calls from the care agency, or the AgeUK alarm service, turn out not to be worst case. Like the time mum pushed the bracelet’s red button after bending to switch off the fire and tumbling onto the floor. We found her laughing at her own inability to get herself up while the cats licked her face. We now make sure she only uses the central heating.

On my Gatwick trip it was mum’s day centre sharing their concern that when the driver turned up mum seemed confused, told them she’d never seen them before and refused to go with them.

The miles to the next junction where I could turn around seemed interminable. Miraculously, I managed to raise her on the phone before abandoning my flight and was told she was fine; she’d just forgotten it was one of her day centre days.

But once they become frail it’s always there: that niggle about how far you dare go and still be able to get to them quickly enough if the call comes.

Without an extended support network to back us up my sister and I closely co-ordinate even day trips away to ensure one of us is always within reach.

When the phone doesn’t ring

The only upside of these invisible but all-too-real ties that bind is that there are times when the not-hearing is far, far worse.  For years my mother in law phoned every Sunday morning. Several hours of trivial chat while we hung onto the phone with one hand and brewed coffee with the other.  Until the week she didn’t ring. We called a second cousin who, finding the house in darkness, called the police to break in.

My mum in law had suffered a severe stroke and been unable to move from her bed for two days and nights. Had that happened on a Sunday night she might have been there a week.  Or not.

It hadn’t occurred to us to organise an alarm or daily phone checks for someone who, at 94, seemed so fit and self-sufficient. If I was doing it all again I’d suggest that somewhere between us not wishing to interfere and her isolation we might make better arrangements for checking regularly that everything was OK. Living at a distance from elderly relatives brings challenges of its own.

It still gives me nightmares to imagine her lying on the floor, getting colder and more scared, within sight of the phone but no more capable of reaching it than of flying to the moon.

On balance, the phone is my friend. But one I never want to hear from. 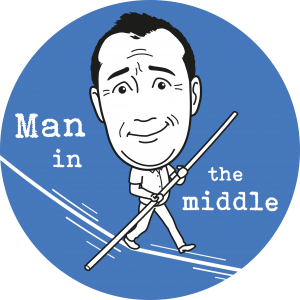 A case of acute delirium

The first time Mother suffered an attack of acute delirium I thought she was playing ... 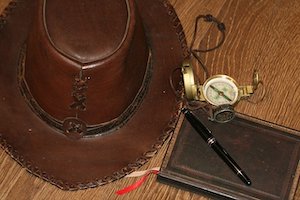 Raiders of the Lost Lemon Drizzle - The Man in the Middle 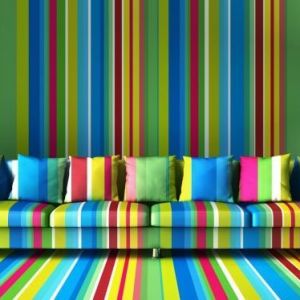