The Man in the Middle – Mother is a political junkie 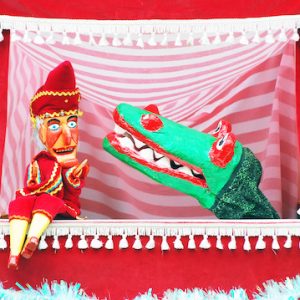 Brexit has made Mother a political junkie. It’s put the drama back into democracy and the ping-pong into Parliament as far as she is concerned. She watches up to six hours a day of political news and has gone cold turkey on her usual diet of daytime movie re-runs without any regrets.

She likes Select Committee enquiries, especially if the witnesses are disrespectful, and any debate in the Commons, so long as John Bercow is adjudicating. Most of all, she likes Prime Minister’s Question Time, which is her ‘appointment to view’ TV programme of the week.

‘I don’t know why they keep criticising it for being like Punch and Judy, darling. It’s far more vicious and much, much more entertaining.’

She loves PMQs because it’s like a bear-pit brawl

She has no truck with those who say Brexit has poisoned the political discourse and she loves PMQs precisely because it is a bear pit brawl. Perhaps all she is doing is being honest where others are not.

‘Is Bercow on today?’ she says ‘I do so love to hate him. Classic short man syndrome. Like Napoleon,’ she says.

‘There’s no Parliament while there’s an election on. Besides he’s leaving Parliament, he’s stepped down,’ I say.

This is bad news as far as Mother is concerned. She worries that the new Speaker won’t be the same ‘value for money’. Worse, a new Speaker may take things back to the ‘boring old days’ of faux politesse and stupefying procedural interventions. Bercow going is like ‘Dirty Den’ leaving EastEnders or the National without Olivier. I am too scared to tell her that the new Speaker is planning to ban clapping.

In the absence of Parliament TV, she gets her morning dose of politics from Sky News. At lunchtime she switches to the Daily Politics because she adores Jo Coburn, who is the sort of daughter she’d have wanted if she had ever had one.

“She knows how to keep those men on their toes.”

‘She knows how to keep those men on their toes,’ she says admiringly, as her thin fingers wriggle into a pack of Ritz biscuits. According to Mother, keeping me on their toes is a skill every girl should learn at an early age.

‘That’ll teach him for not giving a straight answer,’ she glows with pride every time Jo Coburn nails down an evasive spokesman.

I don’t remember Mother ever being interested in politics before Brexit. But I do remember that my Father occasionally volunteered for the local Conservative party. He took me out to deliver leaflets one evening. I think it was February 1974. After one road, he gave up and dumped the leaflets into a bin.

I was slightly shocked. My dad was a litter lout. But I was also flattered: he wanted to hang out with me. I replay the memory to Mother. Is it true?

‘Probably.’ She says. ‘Given the choice between the pub or politics, there was only going to be one winner. Heath lost that election. Probably your father’s fault.’

Do not pass go - ageing parents and driving :(

I still remember waving my granny off after Sunday lunch; crunching her way through the gears and driving off ...

Keeping Mum#10 - necessity is the mother of invention

With a vaccine in jabbing distance of my 85-year-old Dad our fami... 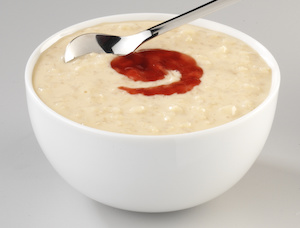 What's your poison? - The Man in the Middle

Rice pudding killed my father. A grain or two of milk sodden rice slipped past his tr...