The Man in the Middle – the archaeology of a photo 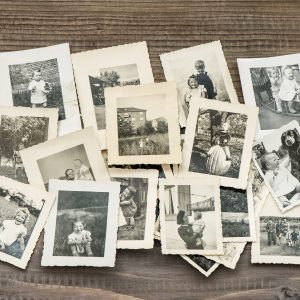 Mother is sitting in the window leafing intently through a stack of loose leafed, old photographs. She looks at the front of each photograph and then folds it over to check the back, like an archaeologist gently turning ancient stones in her hands.  Her chair has high, wooden armrests and a deep seat so the chair seems to be swallowing her. The autumn light on her white hair looks ethereal.

She’s so absorbed it takes a while time for her to realise I am in the doorway. When she does she snaps.

‘It’s rude not to knock before you come into someone’s bedroom. I thought I’d taught you better than that.’

‘You did. But I knocked three times and decided I couldn’t wait any longer.’

‘You’re as impatient as your brother,’ she sighs. ‘And as rude.’

Being as rude as my brother is about as bad as it can get. It puts me in a league alongside Prince Philip and Frankie Boyle. But she’s right. I shouldn’t have snuck in and spied on her.

‘Would you like me to get an album for those photographs?’ I ask shifting into compliant, helpful mode.

‘There’s none left,’ she says portentously.

I am confused. Is this a line from ‘Waiting for Godot’? Or is this the moment dementia took hold?

‘Destroyed them all,’ she says.

Acting runs in Mother’s family. Her sister was particularly successful at ‘treading the boards’, as my father called it. Mother is not beyond occasionally hamming things up, especially if she’s feeling bored.

‘What are you talking about?’ I ask.

She reminds me of one day in the early eighties when my brother came back from University and burnt all the photographs of us. He made a funeral pyre of them outside the garage while my parents were asleep. Unusually for him, he did a thorough job and set light to the negatives, too. I call him up to see if he remembers. He does.

‘From five to fifteen Mother cut our hair,’ he says. ‘Only she wasn’t Vidal Sasson. Bowl haircuts. In every photo.’

‘Christ, we looked like medieval monks,’ he says. ‘If those photos got into the wrong hands, we’d have been ruined. Girl friends lost. Friends shamed. They were so embarrassing they could have even ruined careers. I did us both a favour.’

The conversation reminds me of a picture of my brother and me in pajamas standing next to our beds. I am holding our cat and my brother is pulling on its tail. Mother is standing behind us ruffling our hair. She’s proud of us and, perhaps, even proud of her hair styling.

That picture is now lost along with the others. I wonder if she remembers? I am about to go talk to her about it but then realize that some stones are best left unturned. 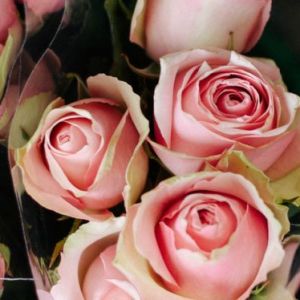 Age of wisdom: one 85 year old is taking charge of her own future

I never thought that I would get old.  When one is very young, of course, one isn’t aware of ageing.  The ... 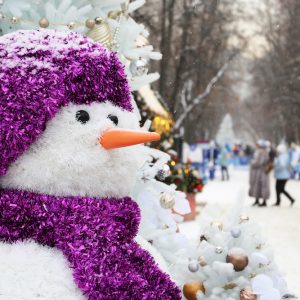 Seeing off winter bugs and loneliness 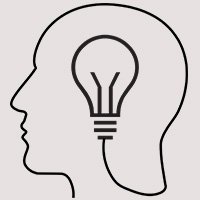 Why is is important to keep an active mind? We’ve all probably seen and been saddened by images of elderly p...