What’s on the menu? No more dining in the dark 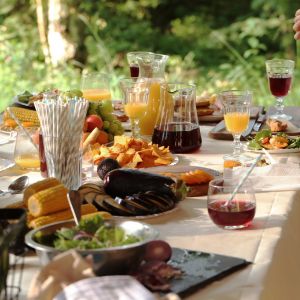 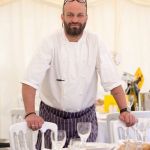 I first got involved in the Norfolk & Norwich Association for the Blind (NNAB), an amazing charity which helps people with poor sight, in 2013 when I was executive head chef at The Grove in Cromer. The hotel hosted a dining in the dark charity event, to raise money for the NNAB. The curtains were drawn, the dining room was lit by candle light, and each of the guests were given a blindfold to wear before dinner was served. And the reason? To bring awareness about how it feels for people to eat out if they’ve lost their sight, something which can affect people of all ages, but something that older people are increasingly likely to experience (one in five people over the age of 75 in the UK are living with sight loss).

The dining in the dark experience helped me, as a chef, to think about what people with poor sight go through as a diner, so when devising the menu it was important for me to create a very sensory experience. If you think about it, the first thing a diner would normally experience, when sitting down to eat a meal, is seeing the menu so that’s the first obstacle, and then, after ordering, it would be seeing their plate of food placed in front of them, but if you’ve lost your sight that sense is taken away. Instead, I focused more on the smell of the food, the texture of the food (was it going to be crunchy or soft, for example?), and the temperature of the food (was it going to be hot or cold?). The event, involving a three-course meal, organised by myself with conjunction with Norfolk Food and Drink Festival, still continues to this day but takes place at Brasteds in Framingham Pigot organised by the lovely Nick Mills. 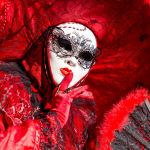 I have a friend who is partially sighted and I know that, when she eats out or stays in a hotel, all she wants is to be treated like any other diner. But unless you have someone with you who can act as your eyes and ears and read out the menu for you, what do you do? Let’s face it, it can be hard enough getting the attention of a waiter or waitress at the best of times (no disrespect to hardworking front of house staff!) And all this has got me thinking: I can’t remember the last time I saw a braille menu, anywhere. A couple of weeks ago I went to a function at the NNAB and met a number of people with poor sight, and afterwards I Googled just how many restaurant chains supply a braille menu and the answer, as far as I could see, is not many at all. I can understand the difficulty of a local pub supplying such a menu, with their menus just on blackboards, but wouldn’t it be magical if a large restaurant or hotel chain could provide such a thing?

Why do I feel so strongly about this sort of thing? Well it might have something to do with the fact that my parents ran residential homes for retired missionaries and so, growing up within that environment, I spent a lot of time surrounded by the older generation and, decades later, I’m privileged to be able to write for Age Space – as my hope is to help these people lead a fuller and better life. 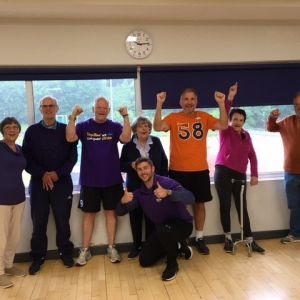 Day in the Life of a Stroke Support Co-ordinator

Martin Haney is the Stroke Support Co-ordinator who looks after the Brighton and Hove area. Martin... 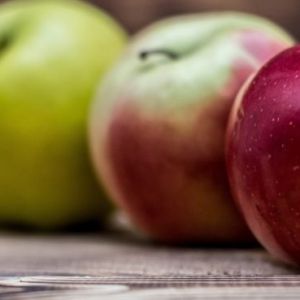 Sadly, medical negligence can occur in a wide range of different situations. It may be the failure to diagnose... 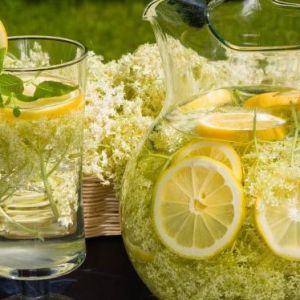