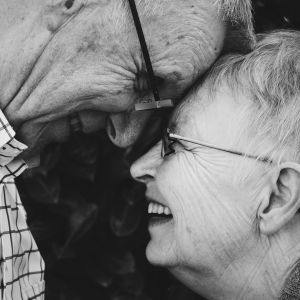 Good news: People in the UK are happiest at 16 and 70 years old. Bad news: Our wellbeing taking a dive for the majority of our working lives, according to an analysis of official data carried out by a leading thinktank.

It says people tend to be happier, more satisfied and to feel a greater sense of self-worth in their earlier years – and again as they approach older age, reports The Guardian.

The study of seven years of Office for National Statistics (ONS) data also suggested that anxiety levels tend to rise between their mid-20s and their mid-50s. So just think – it can only get better!

On the other side of that coin, this is worrying. GPs are giving too many older people antidepressants when they are struggling with depression. They should prescribe talking therapies far more often, according to new research.

Family doctors too often avoid talking to patients over the age of 65 about depression and do not have the time to explore and treat the condition properly.

Too often GPs dismiss talking therapies as a way of tackling depression in older people. This is partly because there are long waiting times to start treatment, according to the paper, which has been published in the British Journal of General Practice.

Older people may be reluctant to access NHS help because they fear they will be stigmatised, or that nothing can be done about their condition anyway. In addition, GPs often use their appointments to discuss the older person’s physical health, rather than their mental wellbeing. Read more here

Older people can cut the risk of falls by a fifth by practicising Tai Chi and other exercise programmes, research suggests.

The research, which examined 108 trials, with 23,407 participants, found that overall, classes which aim to improve balance and functional exercise cut the risk of falls by 23 per cent. Tai Chi reduced the risk by 19 per cent. The average age of those in the study was 76 years old, with three quarters of participants female.

Emmerdale has a new fan

A university is developing a robot to spot the signs of dementia with the help of TV soap Emmerdale.

Researchers at Edge Hill University in Lancashire say Robbie the Robot has learnt to recognise symptoms of the condition by watching episodes of the ITV drama.

As part of the project, Robbie watched 13 episodes featuring a storyline involving character Ashley Thomas, who had dementia.

The team’s vision is to develop robots like Robbie to spot symptoms such as depression or aggressive behaviour, before offering calming “distraction” techniques, such as playing music. More from BBC News Online

And finally in News Space …

Lovely idea at a hospital in Swansea. The chaps on the 20-bed all-male Derwen Ward dementia assessment unit,  can still have a quick drink in ‘the pub’, without leaving the hospital.

Ward manager Kath Protheroe and clinical lead Dawn Griffin have launched ‘The Derwen Arms’ at the ward. It is similar to any other local, serving (non-alcoholic) beers and refreshments and with its own pool table and dart board.

Ms Griffin explained: “In the evenings some of our gentlemen can get unsettled and agitated. They think they’ve finished their shift for the day and they are of the generation where they would go to the pub for a pint with their friends after work.” Read more about it here

As we get older good health becomes a more precious commodity. Our bodies tend to start letting us down, creak...